Get Your Dirty Little Hands OFF My IRA

Currently, both houses of Congress are debating the details of a $3.5 trillion infrastructure bill, and they are using a procedural technique called “reconciliation”.  The problem with “reconciliation” is that it requires you to have tax increases to match the spending increases, at least as calculated by Washington, DC math.  To achieve the tax increases of $3.5 trillion to pay for this huge infrastructure spending bill, multiple tax loopholes are being closed or adjusted.  There are four that apply to IRAs.  These four don’t bring in much money, so there must be a second motive.  More on that later.

The first change to IRAs is that all account balances are now capped at $10 million.  Rules will be put into place for how you have to distribute money out of the IRA if you get to $10 million or more.  I don’t like this rule, but I could live with it if I had to.

The next change is that there is no longer an opportunity to do conversions from Traditional IRAs to Roth IRAs.  This really doesn’t make sense because instead of paying taxes now when the money is converted, the government wants people to be locked into Traditional IRAs and collect bigger taxes later.  This is one of the many early warning signs that there are powerful forces in Washington, DC and elsewhere that do not like Roth IRAs.

The third big change in this legislation that impacts IRAs is the prohibition on IRAs from investing in funds, syndications, or other investments that require them to qualify as an accredited investor.  I don’t want to take the time to explain the nuances of being an accredited investor, but this is a terrible rule.  It would eliminate a lot of investment choices for larger IRA accounts.  If this rule passes, all current investments made in 506-type (accredited investor) investments must be unwound or distributed in the next two (2) years by December 2023.  I shudder to think of the liquidity problems and crashing values this could cause, particularly in the real estate sector.

The final rule proposed is one that significantly restricts an IRA account holder’s ability to invest their IRA in any type of entity (whether an LLC, Trust, joint venture, partnership) where the IRA, the account holder, and any family members or their IRAs own more than 10% of the entity.  In short, say goodbye to checkbook IRAs.

Now that we have identified the problem, here is the solution in simple terms.

You need to contact your member of Congress (go to https://nationalreia.org/action-center/ to do that) and ask them to have Sections 138312 and 138314 removed from this Reconciliation Bill.  The first section is a prohibition of investments based upon the account holder’s status as an accredited investor, and the second section limits IRAs from investing in entities in which they would have an ownership interest greater than 10%.

If you are as fired up about this as I hope you are, the next step after contacting your local member of Congress is to reach out to the “Important 8” moderate Democrats in the House of Representatives who can control this vote with the same message of removing Sections 138312 and 138314.

Once you have contacted your local member of Congress using the link I gave above to Voter Voice, and after you have contacted the “Important 8”, the third action step is to share this information with at least three (3) other individuals you know who need to see this, such as:

I’m sure you know at least three (3) such people.  Please do them a favor and share this information with them. 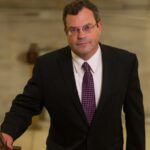 "We're in. Getting rid of Podio & Callrail! No brainer!" ~ Lee Bryant

Where’s All The Inventory For Real Estate Investors? 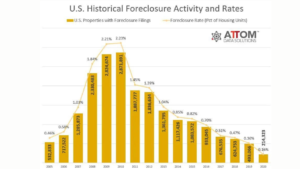 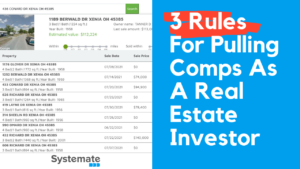 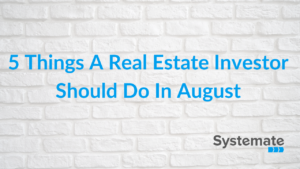 The 2 Ways You Can Wholesale Real Estate 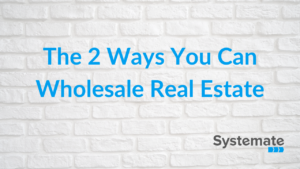